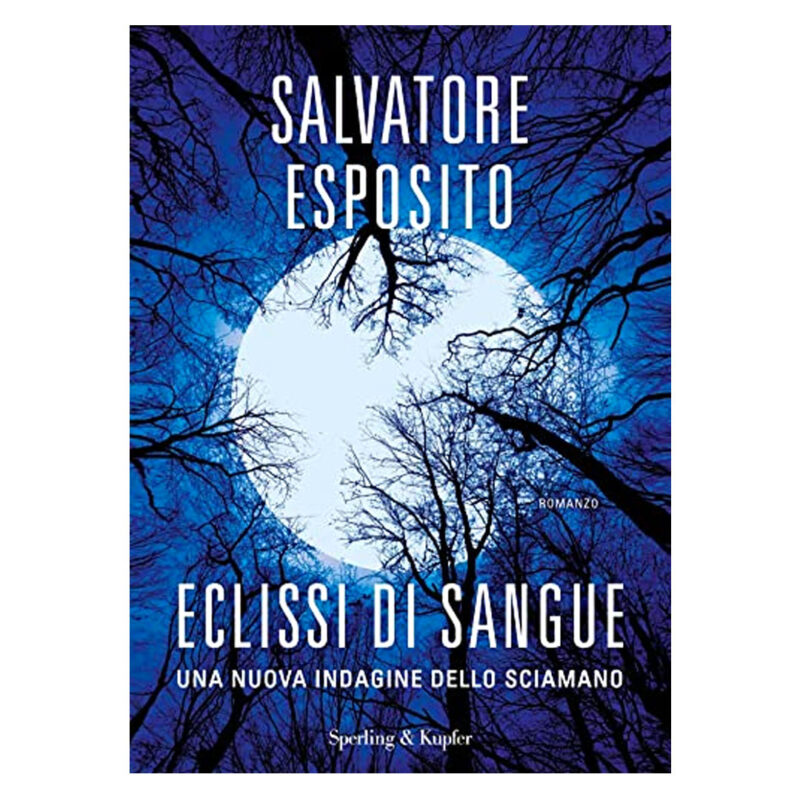 Salvatore Esposito, presents “Eclipse of blood” the sequel to the “shaman”, (Sperling & Kupfer), another very black story that sees Christian Costa as the protagonist, an increasingly infallible profiler, but at the same time a more shy and fragile man. The investigator created by Salvatore Esposito explores the occult, sects and hell on earth.

Waiting for Christian Costa, outside the airport, is the usual black sedan he usually slips into when someone in a police department or homicide section decides that the time has come to call the “Shaman”.

The dossier, this time drawn up by the Policía Judicial de A Coruña, states the name of the new victim: “Telma Queiroz Duarte, twenty-four, second child of Amália Gama Queiroz and Ricardo Amaral Duarte”, a famous Portuguese art dealer. Some fishermen from Freixo, a tiny village in Galicia overlooking one of the fjords of the Rías Baixas, found the body near the port. Death occurred by slaughtering, but the murderous fury went much further: a series of violent stab wounds made havoc on the woman’s body and in her belly a large gaping gash opens, now badly stitched up above the table of a cold room.

Telma was six months pregnant, the fetus was torn and taken, no one knows where: in its place there is a void that opens up like a terrible enigma before the eyes of Christian Costa and Commissioner Francisco Cruzado, an old acquaintance of the Shaman since Manchester, when they were both young Interpol inspectors.

Almost ten years later, it will still be the two of them who will continue a case side by side. And so, while in Italy Inspector Bianca Romano discovers that Sophia’s satanic lobby is awakening, and with it all the unanswered questions about Christian Costa’s past and life, the Shaman and Commissioner Cruzado will find themselves investigating. about a series of murders occurring over a short period of time along the Galician coast. An investigation that will lead them in the footsteps of a serial killer, or perhaps a sect, and to come to terms with the truth of an unpredictable and dramatic epilogue.